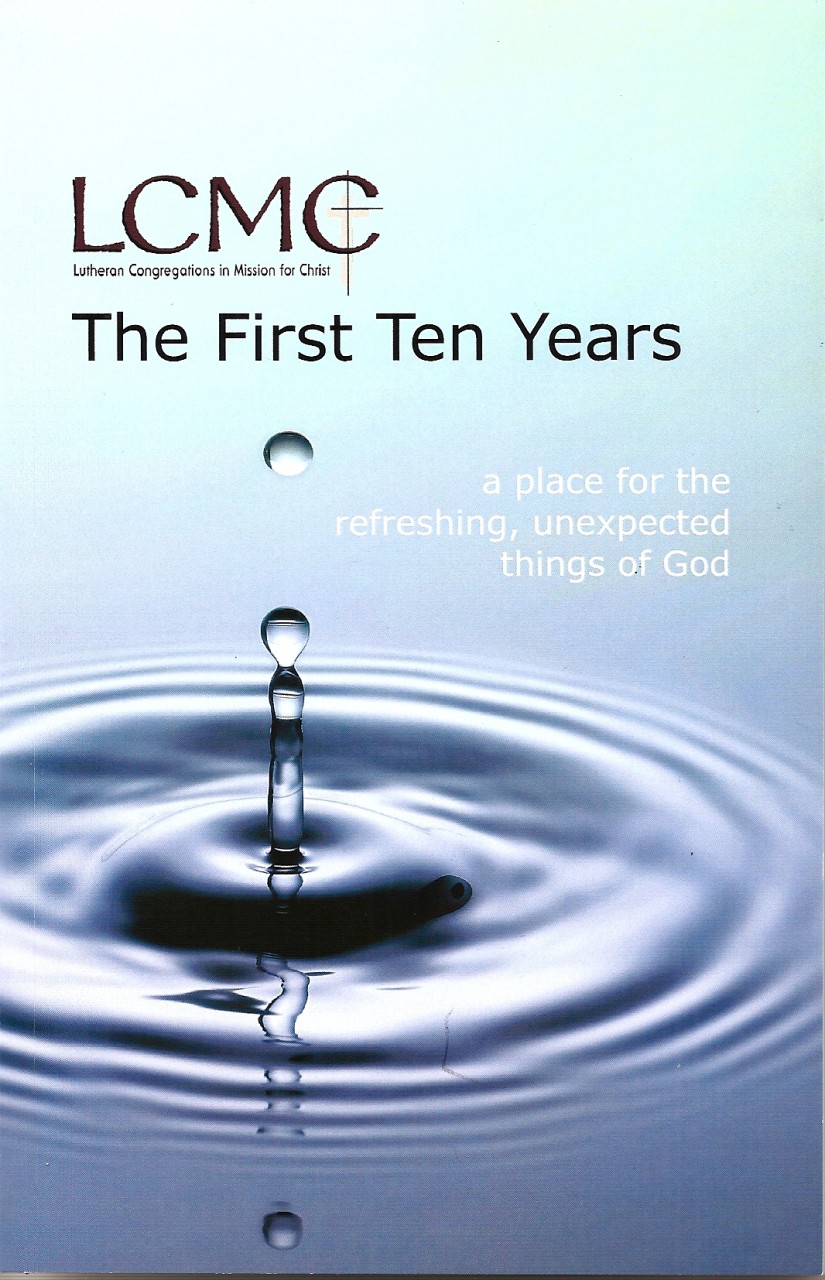 LCMC The First Ten Years tells the story of Lutheran Congregations in Mission for Christ (LCMC) — its origins and its first ten years as an association — told from the perspective of those who were participants and leaders on that journey.  "The writers of this book have several things in common: All are united by a common faith in Jesus Christ.  All claim a personal history that is rooted in a Lutheran understanding of the Christian Faith.  All believe that the Lutheran Confessional documents of the Reformation are not subject to the whims of modern culture. Then generously multiply that truth to the Scripture, itself, which stands over all human attempts to interpret it.  In recent years these writers have been put to the test.  Their commitment to an orthodox understanding of Christianity has brought them together into a much less structured church body called Lutheran Congregations in Mission for Christ.  Without exception, each one has experienced some form of rejection by their former church body.  That too has united and motivated these writers with a fervor producing a truly modern church body that looks much like the Church of our Lord in the Book of Acts where both suffering and blessings abound!" - Rev. Dr. Paul Braafladt, Seattle