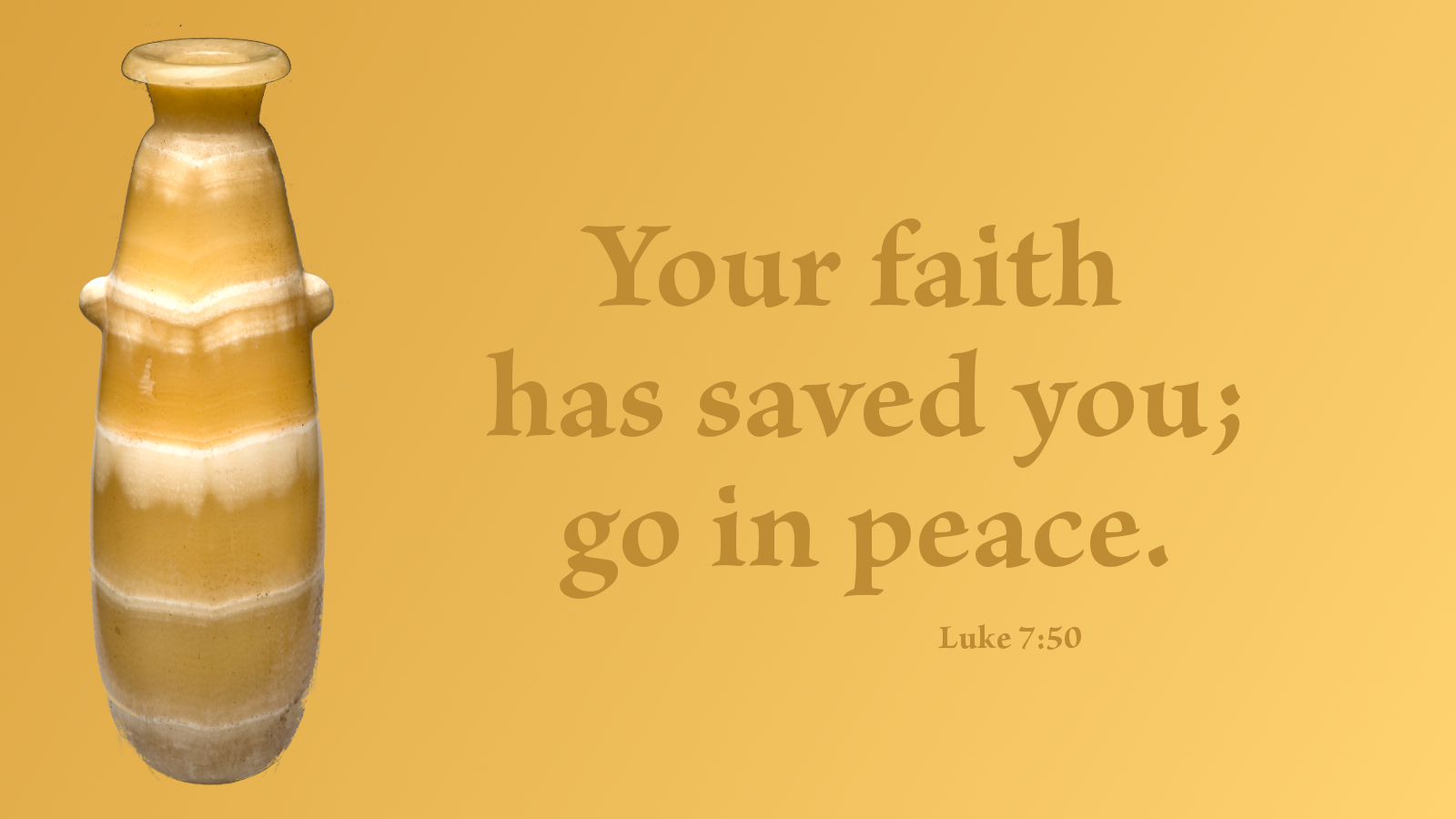 Click above for larger graphic.  • Photo  • Index of Scripture Graphics and posts by Scripture reference

Nor are special punishments always added, but contrition and faith always exist in repentance. In Luke 7:37–38, a woman who was a sinner came weeping to Christ. Contrition is recognized in these tears. Afterward she hears the absolution. “Your sins are forgiven” (Luke 7:48). “Your faith hath saved you; go in peace” (Luke 7:50). The faith that encouraged and consoled her is the second part of repentance.

Pulling It Together: In this passage, we see two kinds of sinners. One is dull in spirit, self-absorbed, and very capable of seeing the sin in others but unable to see it in himself. The second is overcome with sorrow over her sin. This contrition is the first step in repentance.

Later, Jesus speaks a word that would be shockingly unintelligible to the first sort of sinner, but to the second, it is the word of life. “Your sins are forgiven.” These words of forgiveness must be believed. There is no peace with God or with self until Christ’s word is taken to heart in faith. The dull in spirit will say such things as, “Who can forgive sins but God alone?” (Mark 2:7) or “Ah! Then we must do some work such as washing the feet of Christ to be forgiven.” Yet it was not her devotion that merited forgiveness. Rather, it was her faith, just as Jesus said. “Your faith has saved you.”

When sinners have faith in the forgiving God—instead of in their acts of devotion or other penitential works—they will, like the woman in our story, “go in peace.”

Prayer: Lord God, give me such grace that I may be truly sorry for my sin, but also truly believe that you forgive. Amen.

A Latin phrase meaning “Scripture Alone,” Sola Scriptura is one of the traditional Lutheran slogans used since the time of the Reformation. It expresses our confession that Scripture is “the only rule and norm according to which all doctrines and teachers alike must be appraised and judged.” Using the familiar phrase as its title, Sola Scriptura is a new, advanced-level Bible Study in a two-part series, of six chapters each, on the functional authority of Scripture. For those who would like to cover the topic in detail, there is enough material to cover one chapter in two sessions, making each part a 12-week study.