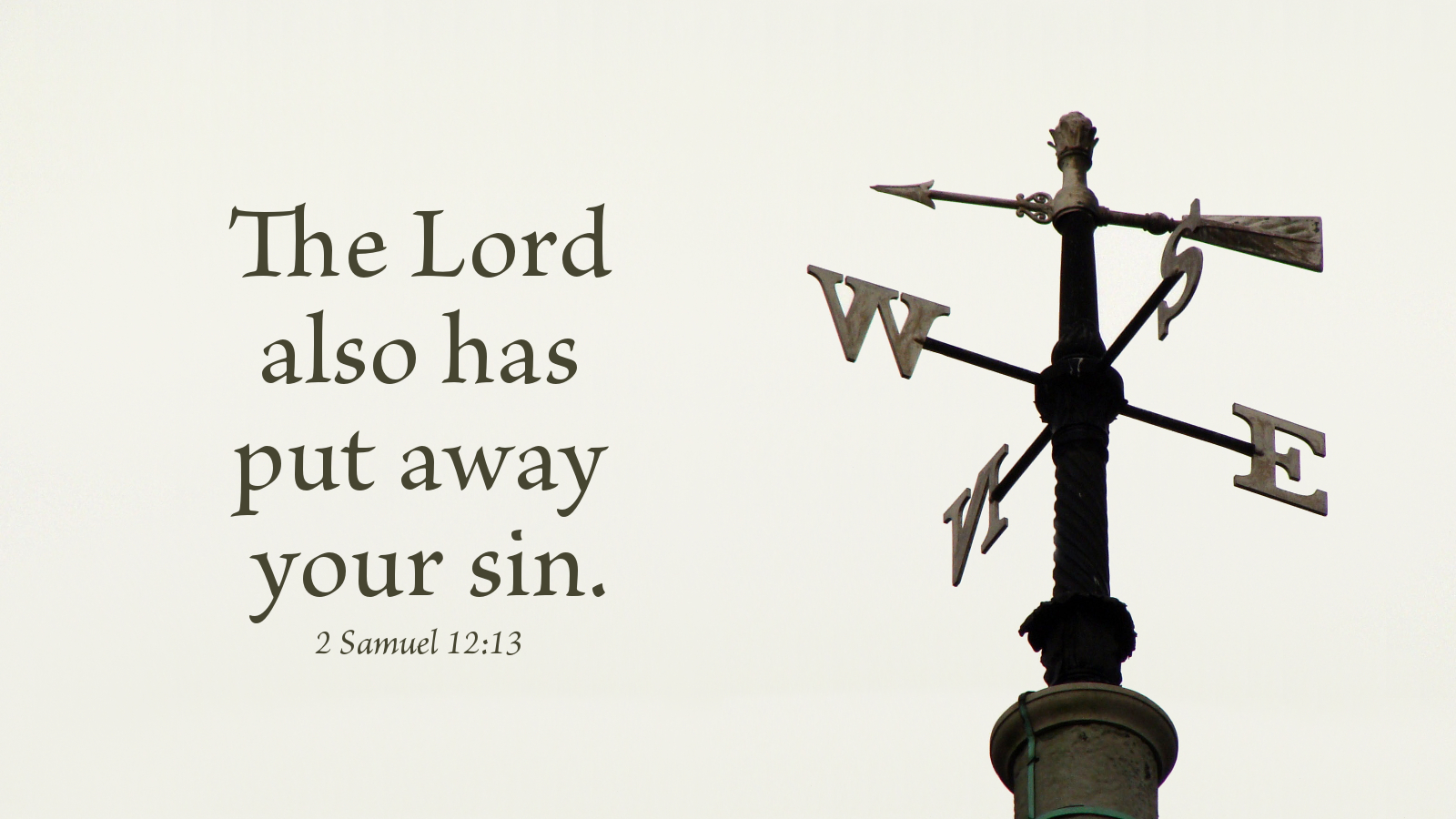 Just so, David is reproved by Nathan, and, terrified. He says, “I have sinned against the Lord” (2 Sam 12:13). This is contrition. Afterward he hears the absolution. “The Lord also has put away your sin; you shall not die” (ibid). This voice encourages David, and by faith sustains, justifies, and quickens him. Here a punishment is also added (2 Sam 12:14), but this punishment does not merit the remission of sins.

Pulling It Together: There are three important things to notice in these two verses. When David was brought up short by the knowledge of his secret sin, he was contrite and confessed his sin. After his confession, the prophet Nathan spoke words of forgiveness from the Lord. Notice how David has done nothing but confess his sin. He has made no restitution or offering, in order to pay for his sin. The Lord freely offered forgiveness. Now, David must believe that God would forgive him of such great offense, for his sin was not only against Bathsheba, but against her husband Uriah. Indeed it was a sin against the people of Israel, for David was their king. More importantly, it was a sin against God, as David said, “I have sinned against the Lord.” God forgives even such a great sin as this, but David must believe.

So far, we see that there is contrition and remission—confession and forgiveness. Yet there is a third thing to bear in mind. After David was forgiven, the consequence of his sin remained. The child born of his sin with Bathsheba, would die. This was not a payment for sin, as we see that his sin had already been forgiven. We must be very careful here, for when we consider the consequence of sin a payment for that sin, we have already lost faith in the God who forgives us for his own sake.

Prayer: Forgive me of my secret sins, O Lord. Amen.

We Still Believe is a Bible study resource reflecting on key themes in biblical Lutheran doctrine that are at risk in the Church today. It is offered in the hope that it will inspire individuals and congregations to examine the core beliefs of traditional Lutheranism and how these beliefs apply to our own present context. Written in a question and discussion style, the participant's book includes an introduction to and copy of the faith statement known as the Common Confession.