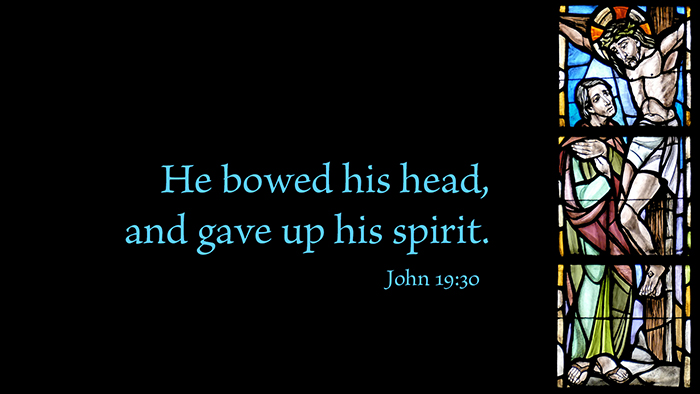 From the Word: Then, when Jesus had received the sour wine, he said, “It is accomplished,” and he bowed his head, and gave up his spirit. (John 19:30)

Pulling It Together: Did Jesus really die? If he is God, can God die? Some say that he did not actually die. It is called the “swoon theory,” meaning Jesus only fainted on the cross, was presumed dead, then carried off to his grave. Yet Scripture tells us that the Roman soldier verified his death with a spear in Jesus’ side. Others say that Jesus is a spirit, and that spirits do not die. It was, in other words, a kind of stage play that dramatized the necessary sacrifice for the sins of the world.

The King James version says that Jesus “gave up the ghost,” a colloquialism for death we readily understand. This was not an act, a sham, or a misunderstanding. Jesus died. In fact, his death was necessary. In the crucifixion and resurrection of Jesus, God conclusively demonstrated his sovereignty over sin and death. And because we are baptized into Jesus’ death, we too will be raised just as he was raised from the dead (Rom 6:3–4).

Prayer: Thank you, Lord Jesus, for suffering and dying for me. Amen.

The Basics of the Christian Faith is an edition of the catechism that is aimed at seekers, visitors, and those that may not come from a Lutheran background. It is recommended for use in outreach, as a visitor welcome gift, or in new member packets.

You may customize your catechism with church name, address, and website.